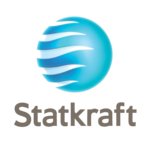 Statkraft is a leading company in hydropower internationally and Europe’s largest generator of renewable energy. The Group produces hydropower, wind power, gas-fired power and district heating and is a global player in energy market operations. Statkraft has 3,700 employees in more than 20 countries.

Statkraft has more than 100 years of experience with hydropower, and is the largest producer of electricity from hydro power in Europe. Statkraft’s history is inextricably linked to the development of hydropower generation in Norway. Though Statkraft was not established as an independent enterprise until 1992, its power plants and business operations date as far back as the end of the 19th century, when the power of the country’s waterfalls was first harnessed.

The majority of the Statkraft Group’s energy production is generated through hydropower. Production takes place in 373 hydropower plants – 263 in Norway, 60 in Sweden, 10 in Germany, three in the United Kingdom, and 32 outside Europe.

Statkraft is involved in other hydropower projects in the Nordic region and Southeast Europe. We are developing new production capacity in selected countries in South America and Asia alone and through the company Statkraft International and SN Power.

MAIN TASKS IN THE PROJECT

STAT will contribute by providing access to the 200 MW Oksla hydropower-plant where the final AFC system will be validated at full scale. STAT will be an active partner in the consortium in all the WPs contributing with their experience and operations knowledge. More specific contributions will be related to the ICM system thanks to its previous investments for 1st generation and the legal control of the related patents.

This website uses cookies to improve your experience while you navigate through the website. Out of these, the cookies that are categorized as necessary are stored on your browser as they are essential for the working of basic functionalities of the website. We also use third-party cookies that help us analyze and understand how you use this website. These cookies will be stored in your browser only with your consent. You also have the option to opt-out of these cookies. But opting out of some of these cookies may affect your browsing experience.
Necessary Always Enabled
Necessary cookies are absolutely essential for the website to function properly. This category only includes cookies that ensures basic functionalities and security features of the website. These cookies do not store any personal information.
Non-necessary
Any cookies that may not be particularly necessary for the website to function and is used specifically to collect user personal data via analytics, ads, other embedded contents are termed as non-necessary cookies. It is mandatory to procure user consent prior to running these cookies on your website.
SAVE & ACCEPT