A down-scaled turbine test rig is currently under design and manufacturing. The turbine runner and draft tube are geometrical replicates of the Porjus U9 turbine at a 1:15.5 scale; corresponding to a runner diameter of 100 mm, whereas the spiral casing and distributor have been re-designed to cope with the small scale of the model. Both open-loop and closed-loop operation of the test rig will be possible. RVR studies will be performed at flow rates in the range of 5-10 l /s, at turbine heads between 0.3-1.5 m and rotational speeds of 500-1500 rpm.

The test rig will be hosted in the John-Field laboratory of the Division of Fluid and Experimental Mechanics at Luleå University of Technology (LTU) in Sweden. Available measurement equipment includes a tomographic particle image velocimetry (PIV) system (three dimensional, three component), two planar PIV systems, two laser Doppler velocimetry systems, a constant temperature anemometry system and a wide range of pressure sensors. Currently, the laboratory holds two set-ups that relates to hydropower and those are an open channel, mainly used for studies of fish migration, and a straight pipe used for improving flow rate measurements.

IPM has not been tested previously for RVR mitigation, and the LTU facility is the first site at which testing of the IPM will be conducted. Testing the effectiveness of IPM as a counter-measure against the RVR, validating CFD models, and optimizing control strategies for WP4 will be the main function of the test rig. Testing of the ICM will be performed as well. The test rig will thus serve an important purpose before IPM and ICM are implemented on to the larger model scale in Älvkarleby. 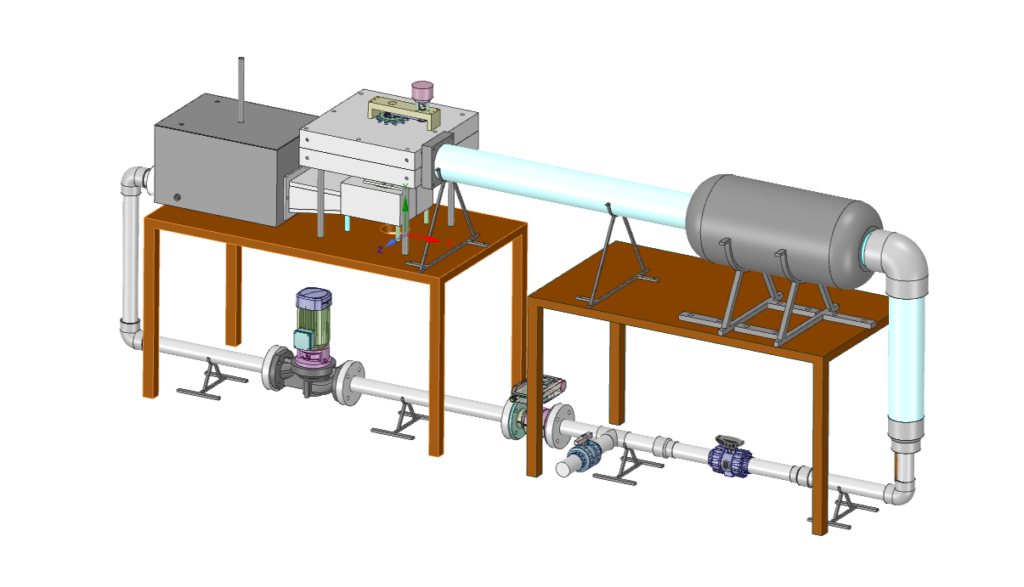